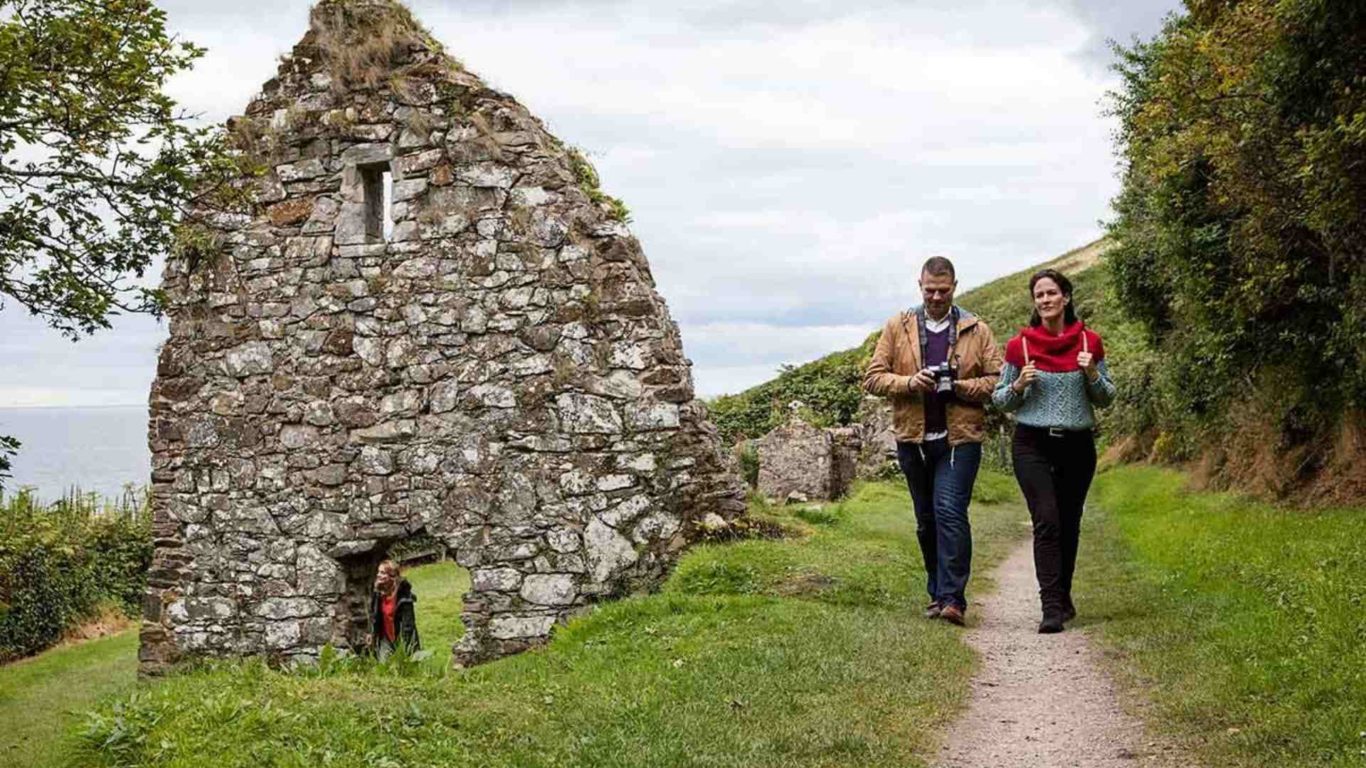 Waterford is a walking paradise boasting 1,857 km² of beautiful and spectacular sights and an abundance of outdoor walking trails for those who love to walk and hike and all levels of fitness, experience and ability. Waterford offers not only dramatic coastal walks and seascapes but also mountain scenery. Whether it is an invigorating stroll along one of the many stunning golden beaches, a relaxing ramble through native woodland and forest parks or a walk along a stretch of the endless breathtaking coastline, Waterford is the perfect choice for walking for all abilities. The Gold Coast Golf Resort offers easy access to an abundance of walking routes across Waterford.

The old railway line from Waterford City to Dungarvan is a 46km of off-road cycling and walking trail (car free) which travels through time and nature across eleven bridges, three viaducts and through the atmospheric tunnel all the way from the river to the sea. If 46km is a little too ambitious there are lots of shorter routes you can choose with entry and exit points along the way.

This interesting walk links two of the most spectacular glacial features in the Comeraghs, just 30 minutes from our hotel. At 1km in length, Coum Iarthar is the longest column and houses the highest lake in the mountains and is known locally as the Boolas.

This magical coastal walk along rugged cliffs not only provides an abundance of bracing Atlantic air, seabirds, and wildflowers, just 35 minutes from Gold Coast Golf Resort Hotel. It also includes several monuments and relics which reflect Christian, Napoleonic and World War 2 history. The walk follows the path around Ardmore Head and Ram Head passing the shipwreck known as the Sampson Wreck. Features on the walk include St Declan’s Well, the old Coastguard Station, the Castle, the Lookout Post, used for observation during World War II, and Father O’Donnell’s Well. The walk also passes near the 12th-century Ardmore Round Tower, which rises to a height of just over 29m and the ruins of and the ruins of a Cathedral and oratory dating from the 13th and 8th centuries respectively. One of the outer walls of the Cathedral features some stone carvings retrieved from an earlier 9th-century building. The carvings include a very early image of a harp, images of Adam and Eve in the garden and a representation of “Solomon’s judgement”.

Colligan wood lies in a beautiful scenic valley through which the River Colligan flows and enters the sea at Dungarvan Bay, just 10 minutes from our hotel. There are steep wooded glens on each side of the river. Norway spruce, Western hemlock, Japanese larch, Sitka spruce, oak, ash, beech, maple and birch are the main tree species here.

The Coumduala Loop Walk is a Fáilte Ireland National Looped Walking Trail, just 40 minutes from Gold Coast Resort Dungarvan. The trail is waymarked with purple markers, the purple route. This is the most difficult and the longest of the four waymarked Nire Valley walking trails. On this trail, you will see Coumlara, a hollow with no lake as well as panoramic views of the surrounding counties from The Gap. In addition to these, this trail leads you up part of the Knockanaffrin Ridge to a viewing platform over Coumduala. If visibility is clear you will also see the high peak of Slievenamon meaning “The Mountain of Women”.

The Cunnigar is long sandy spit that sticks out into Dungarvan Bay, just 15 minutes from the Gold Coast Golf Resort. It is one of the best winter bird watching locations in Dungarvan Bay in terms of diversity and numbers. It is the top site in Waterford for rare waders such as Little Ringed and American Golden Plover. The Sheltered bay and the presence of Eelglasss in the shallow waters on the landward side are conducive to large numbers of grazing wildfowl such as Brent Geese and Wigeon. The marshy west side of the bank is good for Teal, Snipe, Herons and Cormorants. Try to walk as far as the highest dunes to capture the full flavour of the walk.

The second half of this walk is particularly interesting as you take a trip back in time under the northeastern slopes of Knockanaffrin Ridge along part of the old and very scenic “Clonmel to Kilmeadean” road, just 30 minutes from Gold Coast Resort Dungarvan. This military road was built in the early 19th century (as so many military roads were) in response to the 1798 Rebellion and local faction fighting.

Glenshelane consists of a long wooded glen that runs either side of the Glenshelane River, just 30 minutes from Gold Coast Resort Dungarvan. The woodland walk has an extensive network of forest roads, trails and bridges that give the walker a great variety of choice from short strolls to long-distance walks. Walkers can expect to enjoy beautiful riverside walks through magnificent woodlands of conifers and broadleaves.

Lady Louisa’s walk is primarily a woodland walk along the riverbank, just 30 minutes from Gold Coast Resort Dungarvan. Lady Louisa was the daughter of the 7th Duke of Devonshire, ancestor of the current owner of Lismore Castle, the 12th Duke of Devonshire. The Spout is a natural spring well that provided water for the estate workers in the castle until the early part of the nineteenth century. One can expect to find woodland plants such as beech, ash, ferns, spindle tree, holly and ivy as well as wood sorrel, golden saxifrage and wild garlic to name but a few.

The Lough Mohra National Looped Walk is the longer of the two loops in Glenpatrick Woods, encompassing the features of the An Rathbeag looped walk, just 30 minutes from Gold Coast Resort Dungarvan. The Lough Mohra Coum lies under the Knockanaffrin Ridge. This coum is a marshy hollow created by glaciation. It is worthwhile spending some time in this serene place and enjoying the stunning views. On a clear day, you will see the peak of Slievenamon, the historic Kilcash on the eastern slopes of Slievenamon and the Walsh Mountains in the gap between Slievenamon as well as the lower hills of Kilkenny.

Jack Burtchaell Waterford City Walking Tours is a popular choice. The walking tour is one hour duration, through the regional capital and Ireland’s oldest city, including two cathedrals, four national monuments, and a gallery of rogues and rascals, delivered in a witty, entertaining style, by a master storyteller. Waterford is the perfect choice for walking for all abilities. The Gold Coast Golf Resort offers easy access to an abundance of walking routes across Waterford.